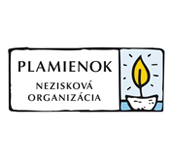 The latest issue of WorldLink focuses on people management in Latin America.

Jeannette Karamañites, new President of the Interamerican Federation of People Management Associations (FIDAGH), presents the results of the organization’s survey on the state of the art of employee and executive coaching in Latin America and its growing sophistication and effectiveness as an HR tool for professional development.

HR professionals know that in the midst of company change, some people act as a toxin, poisoning the process, while others serve as a tonic, supporting a healthy transition. Exploring this metaphor, Leyla Nascimento, President of the Brazilian Association of Human Resources, discusses how HR can act as a kind of “corporate alchemist,” bringing out the “medicine” in people during challenging times.

In honor of FIDAGH’s 50th anniversary, this issue of WorldLink features interviews with four past presidents, spanning the era 2001-2011. The result is a remarkable longitudinal perspective on the ways people management has evolved in Latin America, and the changes that have had the greatest impact on the businesses of the region over recent years.